20 February 2017 by Jan Huisman in Biography News - No Comments 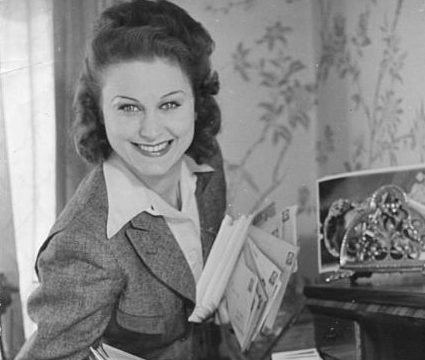 Marika Rökk was a Soviet spy during World War II. According to the German newspaper Bild, the famous Hungarian actress was discovered by the German intelligence service as early as 1951. Back then, her role was kept secret.

The famous actress Marika Rökk caused a furore in Nazi Germany and would have had an affair with Hitler’s propaganda minister Joseph Goebbels. She had access to the inner circle of Hitler. It is said that the Führer he was a big fan.

Marika Rökk worked for the NKVD, the forerunner of the KGB. She was recruited by her manager Heinz Hoffmeister. What her precise role was and whether she had a direct influence on the war remains open for debate. However, the spy network around Heinz Hoffmeister belonged to the so-called Krona network, which gathered information about plans for the German invasion of Russia, Operation Barbarossa (1941) and one of the biggest battles between the Germans and the Russians, the Battle of Kursk (1943). Due to Marika Rökk’s direct access to the German leadership, it is likely that she had the opportunity to pass on top-secret intelligence.

Partly because of her close ties with the Nazis, Marika Rökk was known as a strict anti-communist. After World War II, an acting ban of two years was imposed upon her because of her relationships with high Nazis.

Marika Rökk was born in Egypt and grew up in Hungary, where her parents came from. During the 30s, she became a well known dancer, opera singer and actress in Germany. After 1935 she played regularly in propaganda films, in which the Nazi regime tried to present her as an attractive alternative for Hollywood stars like Ginger Rogers and Rita Hayworth. In 1948, she started acting again and played in severel well-known operettes lik ‘Maske in Blau‘ She died in 2004 at the age of 90.