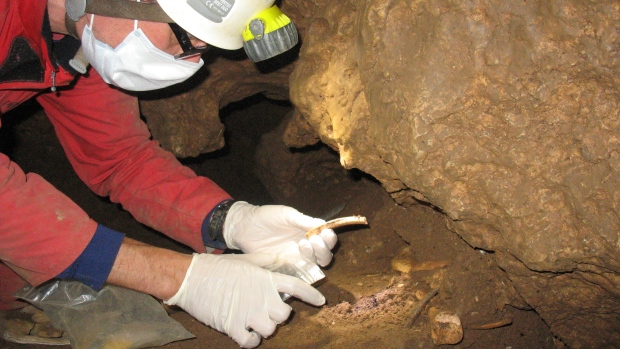 Canadian researchers analysed the bones and teeth of the human remains on solver, nitrogen and carbon isotopes, and they conducted genetic testing as well. This interdisciplinary approach made it possible to recognise hunter-gatherers and fathers. Moreover, it is possible to tell if one had farming or gathering ancestors. The researchers even compared the DNA of the pre-historic remains to modern Europeans.  Dr. Adam Powell states that Europeans have both groups as ancestors, but “the on-going question is how and to what extent this admixture happened.”

How did our ancestors live 7500 years ago?

Without any written sources it’s difficult to recreate the world our ancestors lived in. Nevertheless, more and more can be made clear by using new techniques. Dr. Ruth Bollongino says” that the hunter-gatherers sustained themselves in Central and Northern Europe on a very specialized diet that included fish”. Aside diet, it’s also clear that surprisingly little cross-mating existed between the two groups. This becomes even more striking as the researchers have determined that both groups lived in close proximity to each other. They even buried their dead in the same caves. This suggests that both groups lived in relative harmony together. How the almost not presence of mixed genes?

One thing is clear, no genetic lines of farmers have been found in hunter-gatherer families. Furthermore, few genes of hunter-gathers are present in farmer families. The researchers think this can be explained by modern studies, where “Farmer women regarded marrying into hunter-gatherer groups as social anathema, maybe because of the higher birth-rate among the farmers”. Farmers where more successful, hence hunter-gatherer women would sometimes intermarry. But farmer-women weren’t interested in marrying into a hunter-gatherer family. The life of farmers must have been the safe path, instead of the uncertainty of hunting and gathering. Nonetheless, it is still very unclear how these groups lived their lives, and this is just one explanation of how our ancestor’s genes got mixed.

Does 'Black Pete' have racist roots?