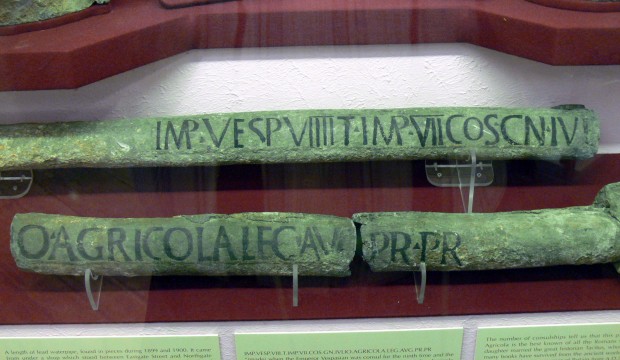 The water that Romans drank in their city’s contained up to 100 times the lead compared to water drawn from local springs. This was caused by the metal pipes, the fistulae, used for the plumbing system in their cities. This is suggested by new research, published yesterday in the Proceedings of the National Academy of Sciences.

Did poisened water caused the fall of the Roman Empire?

Some 30 years ago, some historians suspected that the lead-level of Roman city water wrecked the national health. Some even suggested that this was the main cause for the fall of the Roman empire in the 5th century. Lead-levels certainly were a health hazard, as the latest research suggests. Now, samples taken from sediments near the Tiber, in Rome and densely populated area’s in the antiquities, show that the lead-levels were indeed dramatically high during the height of the Roman Empire. The researchers were also able to recognize the original location of the lead used for the pipes: mainly from southwestern Spain, France, England and Germany, areas famous for their mines.

Up to 100x more lead consumption was certainly unhealthy. Still, it remains unclear what the impact of lead poisoning on the Roman lives was. The researchers note that their findings didn’t include the health of Roman citizens.