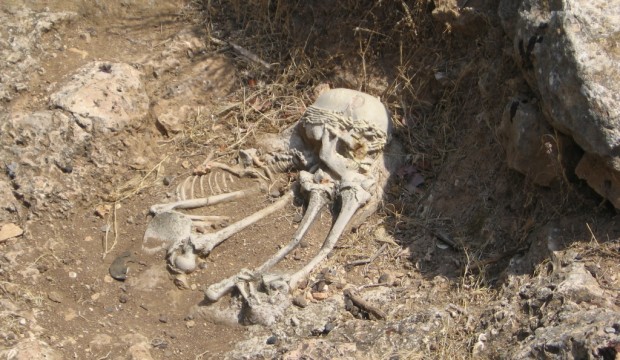 An international team of archaeologists conducted a 13-year study on the remains of Neanderthals and concluded that our less competent hominid relative buried their dead – just like modern humans. The researchers state that these burials show an unexpected advanced cognitive capacity of the Neanderthals. Although these conclusions sparked controversy in the archaeological community, the researchers keep up that these burial-findings cannot be misinterpreted.

The Neanderthal remains were found in a cave in southern France an include two children and one adult, along with bones of bison and reindeer. Beside these remains no tool marks or signs of digging in general were found. Geological analysis suggests that their place of burial wasn’t a natural feature of the cave. Moreover, the bones of the Neanderthals show no signs of animal-bites or wear of natural conditions – both are expected when the bodies weren’t buried. The researchers thus think that Neanderthals buried their dead, a practice that reduces their behavioral to us and make them a bit more human.