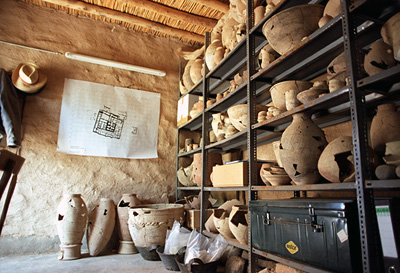 Hundreds of boxes with exclusive archaeological excavation-materials in Syria have been looted. The findings were gathered and investigated by the University of Leiden (Netherlands). The extent of the damage is not yet clear.

From 1986 on, Leiden’ archaeologists conducted excavations on the Syrian site of Tell Sabi Abyad. The finds were stored in depots in Raqqa province in northern Syria. Due to the civil war, the research on site was halted in 2011. Recent reports of armed men looting the depots alarmed the archaeologists, but they cannot investigate the matter because of the civil war. Further inquiry is necessary to show what exactly has been stolen.