19 August 2013 by Jan Huisman in Antiquity News - No Comments 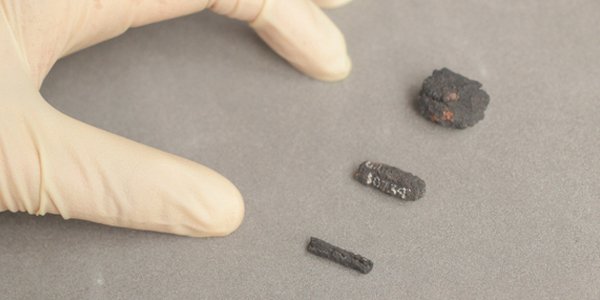 A new study of the London’s University College’ Institute of Archaeology suggest that ancient Egyptian beads were formed from iron meteorites that fell to Earth from outer space. This sheds new light on the mastery of Iron Craft by the Egyptians: These 5000 year old artifacts were created 2000 years before the start of Egypt’s Iron Age.

The beads were excavated from an ancient cemetery near the village of el-Gerzeh, which is located south of Cairo, the tomb dating back to approximately 3200 B.C. The beads belonged to a teenage boy, who had his final resting-place in the tomb. The beads were strung together into a necklace alongside other exotic materials, including gold and gemstones.

The researchers from University College London have studied the beads using include gamma rays. They concluded that unusual concentrations of nickel, cobalt and phosphorus occurred in the beads. The concentrations were neatly with those in iron meteorites.