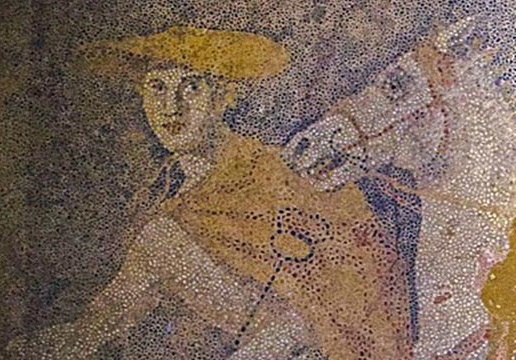 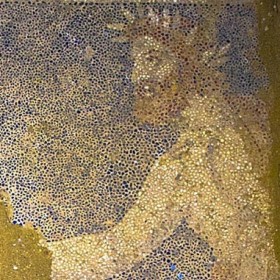 Hermes, the god of the underworld (photo: Greek Ministry of Culture) 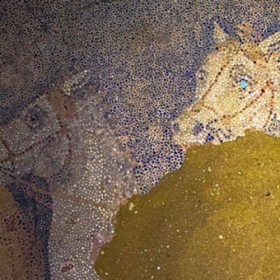 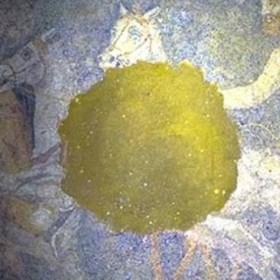 The damaged center of the mosaic

The discovery of an ancient tomb near Amphipolis in the Northern part of Greece earlier this year made the headlines worldwide (DisputedPast reported). The Greek prime minister himself underlined the importance of the finding to the press. He didn’t exaggerate, as the splendour of the tomb hints at a royal purpose of this burial chamber. The tomb dates at the end of the 4th century BC (325-300 BC). This makes this grave all the more intriguing, while this is the age of Alexander the Great. It is likely that this tomb belonged to a close companion of the legendary Alexander. At this stage it is purely speculation, but the grave could have belonged to a general of Alexander, or even his wife, Roxana or his mother, Olympias. The latest findings in the tomb show a splendour that certainly proofs the importance of the tomb – it is clear is was build for someone with a very high status.

The Greek ministry of Culture released pictures of an intricate and largely intact floor, some 4,5 meters wide, of the antechamber of the main burial ground. The mosaics on the floor depict a horseman driving his chariot, and two horses, together with the Greek god of travel and of the underworld, Hermes. The god wears a cloak and hat and handles a staff. Unfortunately, the center of the mosaic is missing, but the fragments were found nearby. A reconstruction of the mosaic should be possible.  Untill now, no human remains are found inside the tomb.