10 October 2014 by Jan Huisman in Archaeology News - No Comments 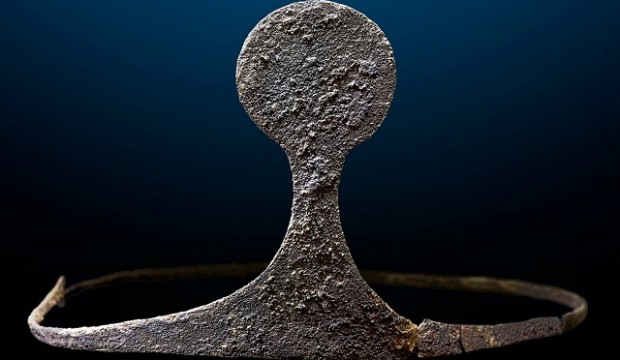 Archaeologists have discovered a Bronze Age palace-like structure at the archaeological site of La Almoloya, near Murcia, Spain. The researchers estimate the palace’s age of more than 4.000 years. The plateau where of site  had a relatively large population from 2200 to 1550 BC and was probably one of the most densely populated areas of Europe.

It was a stunning discovery for the researchers from Barcelona’s university. A prehistoric ruin with more than fifty tombs, a palace like building with a hall of seventy meters. In the hall is a fire pit, probably used for ceremonies. Next to the hall, there are smaller rooms, where several man-made objects were found of metal, stone, bone and ceramics.

The most spectacular find is a burial tomb, one of the fifty tombs in the palace, It is the final resting place of a man and woman. Several luxury items were found in the tomb, most notably a silver diadem and a cup with silver decorations.