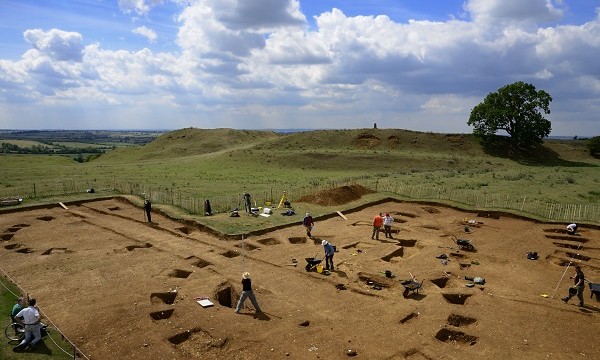 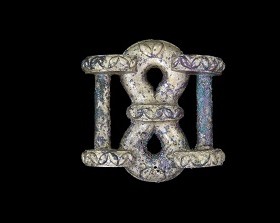 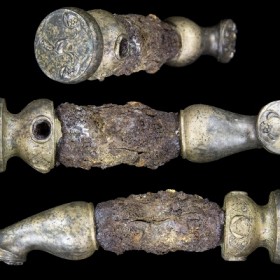 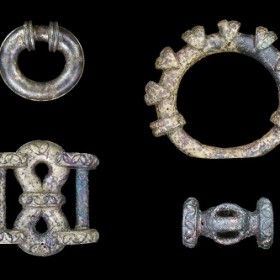 Archaeologists from the University of Leicester dug up the remains of a decorated Iron Age chariot. The Celtic vehicle, dating from the 2nd or 3rd century BC, seems to have been buried as a religious offering. Archaeologists found the remains during their ongoing excavation of the Burrough Hill Iron Age hillfort, near Melton Mowbray, Leicestershire.

The findings include several bronze pieces that, taken together, are easily recognisable as a matching set of bronze fittings from a mid to late Iron Age chariot.  Decorative patterns are clearly visible in the metalwork,  including a motif showing three waving lines. It seems that the objects were gathered in a box before they were planted in the ground upon a layer of cereal chaff. The chaff and box were burnt, probably as part of a religious ritual.  Afterwards, the entire deposit was covered up, and lay undisturbed for more than 2200 years.

The chariot most likely belonged to a high-status person. Why this ritual took place is open to speculation. The burial may have marked the start of a new season, or the dismantling of a house.