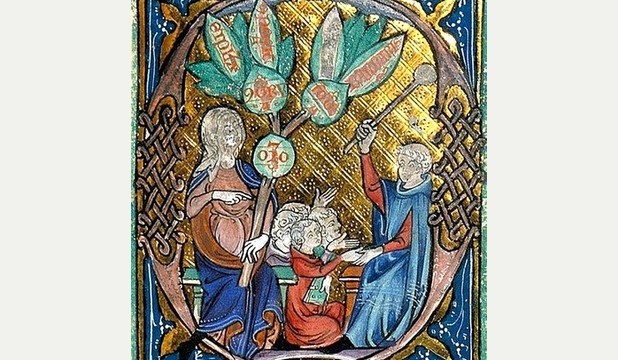 Until recently, it was common practice on schools to conduct corporal punishment on unruly students. Medievalist Dr. Ben Parsons researched the origins of this violent teaching method. He found out that medieval philosophers thought there were many benefits to these methods. For instance, it was believed that pain helped students to remember their wrongdoing. A beating helped students to remind who was the boss, and the fear of a getting another beating moulded them into obedient students.

Dr. Ben Parsons states that the beating of schoolchildren has been an accepted schooling method for centuries. It is now clear how and why corporal punishment was invented in the Middle Ages, but why have we continued to beat children on school as a part of their education stays unclear. Somehow, it was general accepted that instruction was accompanied by violence. This longstanding link between schooling and flogging is attested by a range of artifacts, like whipping tools and rods. An overview of corporal punishments is recorded in The Harrow Punishment Book, a book for schoolmasters from the Edwardian era. Teachers could read here exactly what type of beating they should give their students for their crimes.