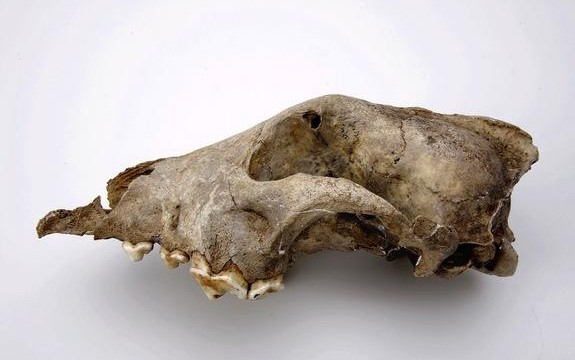 Until recently, it was unclear when the first dog was domesticated. It was believed that domesticated dogs originated in East Asia about 15.000 years ago. Recently, an international research-project shows that the first dogs were in fact European, and they were bred about 30.000 years ago. Regarding the fact that other animals like pigs, cows and horses were domesticated at a far younger date, the relation between dog and man truly is extra-ordinary.

Scientists from Finland, Belgium, Russia , Spain , Argentina, USA and Germany joint forces in order to compare the genomes of dogs and wolves derived from bones and teeth. Samples of 18 prehistoric dogs and wolves were compared with those of 49 modern wolves and 77 dogs. As it turns out, most dogs have the same ancestry. Olaf Thalmann of the University of Turku in Finland is “amazed at how much the dogs living today all go back to common pedigrees, namely 4 lineages, all of which took its beginning in Europe”. Even more so, the majority of the DNA-samples of dogs from all over the world could be assigned to a single lineage that is closely related to a prehistoric wolf from the Kessler hole, a cave in the Swiss canton of Schaffhausen.

The DNA-samples proof that the domestication of the dog took place in Europe 18000-32000 years ago. The pet dog therefore preceded even the advent of agriculture. Hunter-gatherers were often buried with their dogs. A clear mark of the value and importance of dogs to our prehistoric ancestors.