12 December 2013 by Jan Huisman in Modern News - No Comments 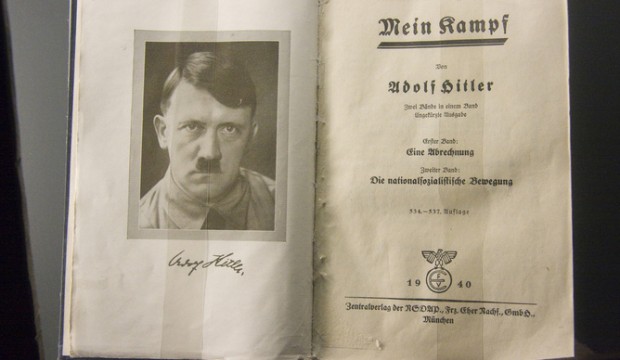 Despite the cancellation of the Bavarian state government to fund a scientifically annotated edition of Adolf Hitlers’s ‘Mein Kampf’, the Institute of Contemporary History (Institut für Zeitgeschichte) continues to work on this edition. They state that ‘Mein Kampf’ is an important source to historical research on the Third Reich, and should therefore be publicly available. The Institute plans to publish the annotated edition at the end of 2015.

At the moment, the German government holds the copyrights to ‘Mein Kampf’, and the republishing has so far been prevented. While the copyright will expire in 2015, everyone will be allowed to republish Hitler’s bestseller. Historians proposed to create a commented edition, so the work would be demystified beforehand. This course of action was encouraged by the Bavarian government, who financially supported the new edition. Surprisingly, the state government announced to stop supporting the publishing of Mein Kampf, as the book was inciting.

Could tattoos hold the key to deciphering the long lost language of the Indus Valley culture?