The forgotten culture of Eurasian warriors 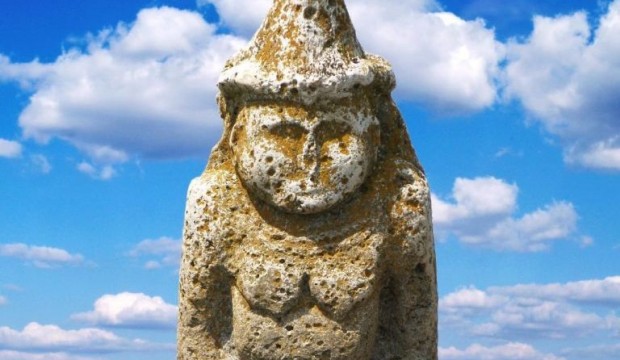 The Polovtsians or Cumans roamed through Eastern Europe for centuries and left many statues, but they are mostly forgotten today. They originated from the heartland of China, near the Yellow River, and lead a nomadic lifestyle. Gradually migrating westwards, they entered Europe in the 11th century, clashing with the Kiev Rus on many occasions. As the Mongols invaded Eastern Europe 1237, both the Cumans and Russians were crushed, and the nomads fled ever westward, to today Hungary, Bulgaria and Czechia, where they merged with the local population during the next centuries. The Polovtsians or Cumans as an ethnic group became extinct in the 15th century.

The Cuman heritage is a large amount of human-like stone statues, stelea. You can find them anywhere in their inhabited area. Mostly, their ruinous remains are not attended, but in Czechia a group of researchers restored the images and published a book on their cultural and religious background. The book is freely available online: