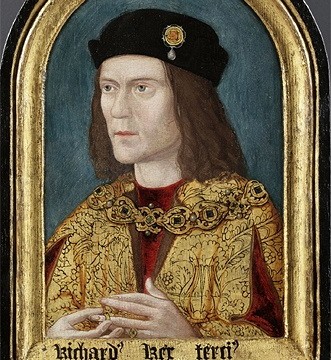 Genetic evidence proof that the human remain found beneath a parking lot in Leicester last year really belonged to Richard III. According to the genetic analysis, the king had blue eyes and blond hair, characteristics that match contemporary portraits of the 15th century monarch.

The skeleton’s genetic material was compared to DNA-samples of two living relatives of the legendary king.

Kings and queens of England – A 4 hour documentary on the Kings and Queens of England since William the Conqueror conquered England. Fratricide, adultery, back-stabbing and usurpation: if that’s your cup of tea, watch this.

Medieval lives: Kings – Terry Jones tells the story of good and bad kings of the middle ages. As is to be expected with mr Jones, this is really a fun series.