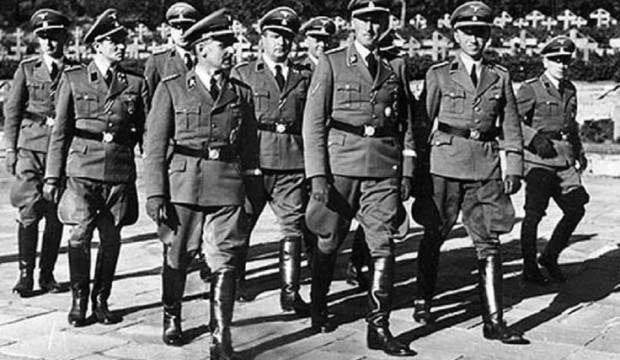 Heinrich Müller, one of Hitlers most brutal and sadist nazi’s during the Third Reich, reaches for the headlines once more. Müller was head of the nazi secret police, the Gestapo, and Adolf Eichmann reported to him directly. ‘Gestapo-Müller’ was one of the main perpetrators of the Holocaust. And now historian Johannes Tuchel claims in Bild that Gestapo-Müller lies in a mass grave in Berlin – on a jewish cemetery. Most German and international media have already copied his interview, but what is the real news on Müllers death?

Gestapo-Müller after the Third Reich

It was long thought that Müller survived the war and lived a life in secrecy. Western intelligence agencies searched for years for him – they suspected he lived in Czechoslovakia. They searched for him in the city Karlovy Vary in 1949. The CIA investigated Müller’s disappearance for decades to no avail. It was suggested that Müller continued his work for Soviet or American secret services.

Historian Tuchel says he has found proof in nazi-archives that Müller died in Berlin. According to one document Müller’s body was found in a makeshift grave near the former Air ministry. During the last days of the war, a Volkssturm soldier discovered the body of Müller. He described that Müller wore a general’s costume. He had his photo with his identification papers stuck on his body. This description was recently found in an allied archive. This is the proof Bild and other newspapers published today. But how new is this theory?

The statement of the Volkssturm soldier

In fact, it is not new at all. Directly after the war, the statements of this Volkssturm soldier were checked. It was regarded as rather unusual that the head of the nazi secret police should have been found his dead body, holding on to all his official documents. Too much of a coincidence, they must have thought – that’s why several agencies kept looking for his body. Without a body, there is no proof. Several cemeteries in Berlin were searched and many bodies were excavated. None of them was Gestapo-Müller. Now this story has been revived, as its report was found in an American archive. Considering that the CIA invesitgated this matter for many decades this strikes me as disturbing. Why is the old story of Volksturm-soldier suddenly taken for granted? Is it credible that the CIA didn’t know this report? It seems to me it is nothing but an old story that’s being revived.

I hope Tuchel will have a follow-up on his claim, while this revival of a once discarded theory is not very convincing.

'Besatzungskinder' are still searching their fathers