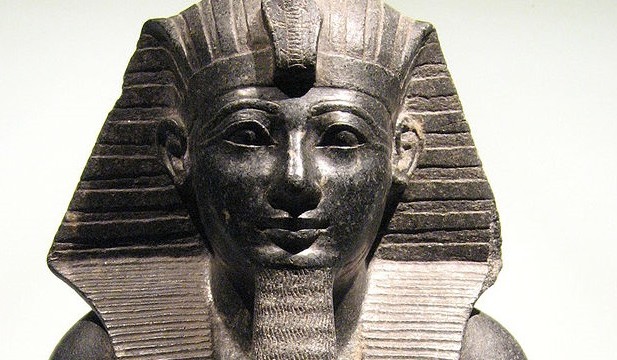 Archaeologists found a mummy while cleaning a Middle Kingdom (2000 BC – 17000 BC) burial site on Luxor’s west bank. The spanish archaeological mission led by Myriam Seco unearthed the mummy within the ruins of a temple of King Thutmose III. The mummy itself is in a poor state, but the jewellery found on the human remains are well-preserved.

The jewellery found on top of the mummy include a gold necklace, two silver bracelets and two silver ankle bracelets. The necklaceis ornamented with golden plates and stones. It has a craftily golden pendant in the middle, weighing over 20 grams.

The mummy is of a woman in her 30’s. Early research suggest that the woman was healthy and probably belonged to a prominent family, while wealthy and important families were buried at this site, says Seco.

Cleopatra: Portait of a killer