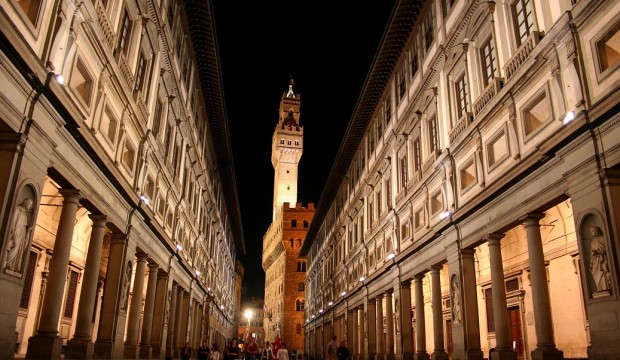 The skeletal remains of more than 60 people are found underneath the famous Uffizi Gallery, Florence, during construction work. Coins that were found in the grave date back to the 4th or 5th century AD, so it is likely the men and women died around that age. Since there is no physical trauma to the bodies and the bones don’t show signs of malnutrition, they probably died of some contagious disease. They died together and at the same time, so a sudden death by a contagious epidemic seems likely.

Historical sources name a devastating plague in the 6th century, an epidemic that raged through the Byzantine empire (that encompassed large parts of Italy at that stage). Earlier DNA-research suggested that this so-called ‘plague of Justinian’ shows resemblance to the Black Death (14th century). If this Florentine epidemic was of the same sort remains to be seen. Either way, archaeologists hope to learn more from early medieval Florence through this finding, as this is a poorly documented age of the region.