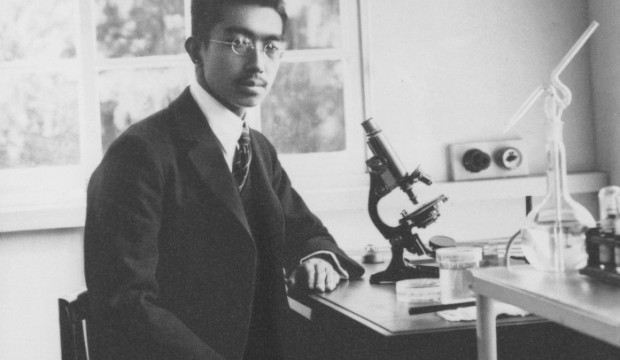 The original recordings of Japanese royal emperor Hirohito’s surrender speech on the 15th of August 1945 have been made public by the Imperial Royal Household. This unique radio speech, in which the Japanese people for the first time heard the voice of the divine emperor, can now be heard at the internet.

The Imperial Royal Household kept a few copies of the original recording that was made a night earlier, on the 14th of August. These recordings are now digitized and cleaned so that the voice of Hirohito, unlike seventy years ago, is fairly well understood, although the uses language is the classical Japanese, which for many people were impossible or difficult to understand.

In his speech, the emperor announced that Japan had accepted the terms of the four great powers United States, China, Britain and the Soviet Union, which had demanded an unconditional surrender. A week earlier, atomic bombs fell on Hiroshima and Nagasaki. The defeat of Japan was completed by the massive invasion of the by Japanese forces occupied Manchuria. “As we continue to fight, the total destruction of the Japanese nation will follow” said Hirohito.