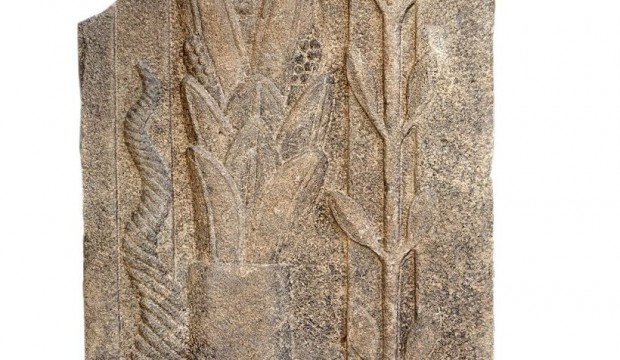 A Roman sanctuary is found in an ancient temple in the southeast of Turkey with a depiction of a mysterious and unknown Roman god in it. On it, the god rises up from a plant and may be a fusion of Near Eastern and Roman elements, and could be anyone from a sub deity to a baal or Jupiter Dolichenus, a romanized version of the ancient Aramean sky god. This god became an important cult during the second and third centuries A.D., as many Roman soldiers stationed in the region worshipped the god and took their belief back to Rome as they left.

A mixed up god

Experst have no clue which god is exactly depicted says Michael Blömer, who is excavating the site. “There are some elements reminiscent of ancient Near Eastern gods, as well, so it might be some very old god from before the Romans.”. The temple site is located near the modern town of Gaziantep, on a mountaintop above the ancient city of Doliche, or Dülük. As one of the oldest continuously settled regions on the planet, the city stood at the crossroads of several different cultures like Romans, Persians, Syrians, and Bronze Age cultures from Mesopotamia. These cultural influences have a profound influence on the depiction of this god, making it even harder to recognize him.

Specialist speculate that this god is a mixed up version of a range of fertility gods. The rising out of the plant suggests a connection to agriculture of birth, but this could be a reference to the birth of the god itself as well. It was common at the time to mix gods and blend them with local deities.

The Research Centre Asia Minor at the University of Münster digs under the direction of Prof. winter since 2001, with the support of the German Research Foundation (DFG) in the main sanctuary of Jupiter Dolichenus. The international group of archaeologists, historians, architects, restorers, archaeozoologists, geospatial and excavation workers laid so far foundations of the Archaic and Roman sanctuary, as the medieval monastery of Mar Salomon free.