A large number of early medieval coins were found last Thurday in Utrecht, Netherlands. The coins date back to the late 7th century. A turbulent era, wherein the dominion over the region changed hands from the Franks to the Frisians several times. The golden and silver coins date back to an era of Frisian rule in Utrecht and may haven been minted on the spot by a Frisian ruler. 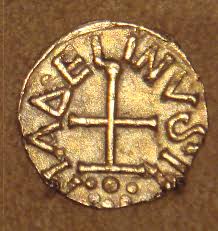 Coin minted by the famous master Madelinus from Dorestad 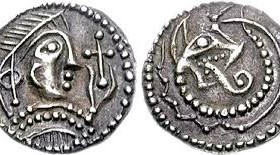 Typical silver coins of the sceattas-type

The majority of the coins are a copy of the ones made by the popular mintmaster Madelines, famous for his golden coins minted in the nearby city of Dorestad. His coins were widely imitated by local rulers. Some of the dug-up coins were made of silver of the sceattas-type. These small and thick coins are linked to the early medieval trade network along the shores of the North Sea and major European rivers.