Scientific proof: Ismail Ibn Sharif could easily have had 888 kids 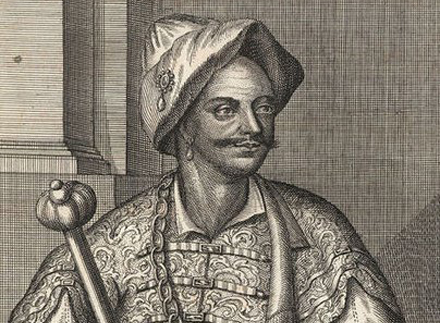 Moulay Ismail Ibn Sharif (1634-1727), the Emperor of Morocco from 1672 until his death, is legendary for his impressive offspring. Contemporaries report that the Ibn Sharif, who claimed to be a descendant of Mohammed, fathered 888 kids. Researchers of University of Vienna created a model to proof that it is biologically possible to procreate that amount of children.  They state that only 100 women are needed to beget 888 children – nothing compared to the stunning 504 wives of the emperor.

Ibn Sharif surely was a reproductive man. But he was  as well known for his cruelty. A French diplomat visited his court in 1704 and reported that only his sons were allowed to life –  his daughters were killed right after birth. Furthermore, Ibn Sharif was a very suspicious man. At the slightest hint of adultery he personally strangled the suspected wife. Sometimes, probably when he was better humored, he just pulled their teeth or cut of her breasts. Not exactly a parental role model.

Carbon-dating on Shroud of Turin maybe wrong, due to an earthquake