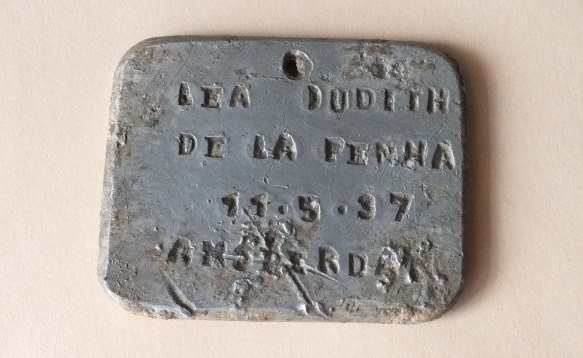 Archaeologists found the remains of two gas chambers at the site of former nazi extermination camp Sobibor. A gruesome reminder of the crimes committed there. Smaller findings, like pictures, bracelets, notes and weddings rings, give an insight in the horrors that took place in this remote forest, some 71 years ago.

Under the code name ‘Aktion Reinhardt’ the nazis build three camps (Sobibor, Treblinka and Belzec) with the sole purpose to exterminate all Jews in Poland. They were incredibly efficient: of the 250.000 captives lead to Sobibor only 50 managed to escape, while no more than 150 men and women guarded and managed the camp. The nazis destroyed camp Sobibor completely as they left the site in december 1943. They tried to erase all proof of their crimes and did go a far way.

For years, the nazi extermination camp Sobibor wasn’t properly researched. Only recently archaeologists started digging at this horrific site. After the war, the Polish communist government thought that Auschwitz was a more suited camp to excavate and to use as a place of remembrance of the gruesome nazi crimes. Auschwitz was bigger. Jews, communists, Poles, and other that stood in the way of the nazis worked, suffered and died there. Sobibor’ was an extermination camp, almost exclusively for Jews and Roma,. Therefore, the former Soviet government thought, it was as suited as a general place of remembrance.

Finally, an international research team started digging back in 2010. The full report on the research has yet to be published, but what they discovered so far is an astonishing efficient killing machine, where the victims were unsure of their fate up untill the very last moment –  even when they were driven up the ‘Himmelfahrtstrasse’ to the gas chambers.