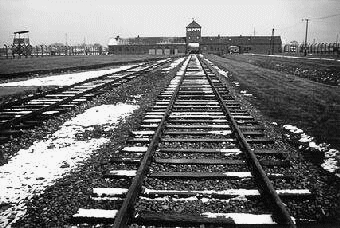 It’s a race against time: Nazi hunters try to capture the last living nazi-criminals. The Second World War ended just under 70 years ago, and with the living nazi-criminals over 88 years old, approaching, they have to hurry. On a nation-wide nazi-hunt, German authorities captured three men last Wednesday, aged 88-94. They suspect to the accessory of the murder on 1.1 million Jews, killed in Auschwitz during the war.

Police inspectors searched the living rooms of dozens suspected former SS-guards of the Auschwitz concentration-camp. Apartments in Baden- Württemberg, Hessen, Rhineland-Palantinate and the Lippe-disctrict were thoroughly investigated. They found various incriminating documents. Some suspects admitted straight away to have worked in Auschwitz. Whether they participated in the crimes remains to be seen.

Until now, many alleged nazi-perpetrators went unpunished, because in 1969 it was determined that individual guilt of murder had to proven. Most of the time, this proved to impossible. However, since the Munich district court found John Demjanjuk guilty of accessory to murder at the Sobibor camp in 2011, a frantic search for aged nazis began.