07 November 2013 by Jan Huisman in Biography News - No Comments 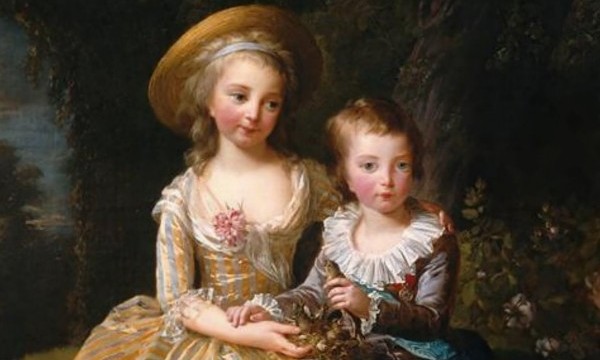 Today, the remains of an unknown woman are buried again, after they were exhumed two months ago. They were dug up by a group of scientists who wanted to solve a more than 200-year-old mystery: was this woman of royal blood?

A mysterious woman arrived in Hildburghausen in 1807. She travelled in a covered carriage and was assisted by the a Dutch diplomat, who worked in Paris at the end of the eigteenth century. The Duke of Hildburhausen provided the secretive young woman with a place to stay, in the castle of Eishausen. She lived their for 30 years and was rarely seen in public. If so, she was always veiled – hence the nickname dark countess. Clearly, she didn’t want to be recognized. She succeeded, as her identity is still a mystery. Rumours persisted that she was Marie Thérèse – the daughter of the beheaded French King Louis XVI (1754-1793).

The only surviving member of the French royal family

Marie Thérèse was born in 1778 and the first child of King Louis XVI and Marie Antionette (1755-1793). When her parents were guillotined, the 15-year old princess was the only remaining member of the French royal dynasty. She was imprisoned but soon she travelled through Europe, accommodated by the nobility. Most historians believe she stayed at the Austrian court, but some think that Marie Thérèse got mixed up with her half-sister. They believe the madam royal lived her live in secrecy – in Hildburghausen.

No final conclusions regarding the DNA-research have been made – yet. But the excavated bones prove that the buried woman was about 60 years old when she died, an age that would fit perfectly to the French princess. We have to wait a little longer for the final proof. Untill then, it is possible that today at noon the last member of France’s royal family will be buried.