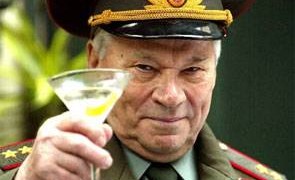 The AK-47 rifle is famous for its use in the Russian army and later as a weapon of choice for terrorist and freedom fighters alike. In many third world countries, the gun has become a symbol for rebel fighters. It is the only weapon that’s depicted on a country flag… Read full history →