Why ‘War Generation’ is strongly criticized in America 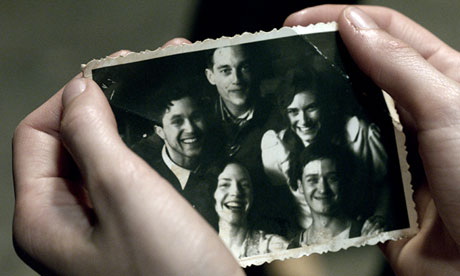 In Germany, the historical drama ‘Unsere Mütter, Unsere Väter’ was a great success. Now, the mini-series is running in America under the title ‘Generation War’ and receives little understanding. The series recently started in American cinema’s but is branded already as ‘five hours of self-pity’ by many critics.

It may seem hardly surprising that when a film aims to understand the young soldiers of the German Wehrmacht, it meets little openness in the USA. In four and a half hours the story of five young Germans shows how a totalitarian regime grips normal people. The young adults diverge in 1942 on the eve of the invasion of Russia and vow to meet again ‘when the war is over’. Although they aren’t nazi fanatics, they soon take part in the gruesome war-crimes as the Germans invade Russia.

Generation War, says George Robinson in ‘The Jewish Week’, is well enough crafted but ‘The characters never exist as more than a bundle of conventions and a series of abstract vectors’. Therefore, the series is not worth watching, according to Robinson. Film critic AO Scott of The New York Times thinks that Generation War nurtures the myth that ordinary German soldiers didn’t act, or even knew of the murderous crimes that were committed in occupied territory. Scott states that the movie wanders in a nasty zone between naturalism and nostalgia and is in effect nothing more ‘than an exercise in selective memory’. Scott recognizes nazi-propaganda in the plot of the movie, as the two relatively Unscathed survivors are the chaste Aryans. The artist , the intellectual and the Jew were punished or killed. Just like in the plot would be in a movie from 1943, Scott thinks aloud.

A lesson in looking away

Ben Kenigsberg from the internet portal AVClub underlines the  aforementioned propaganda value of the film, and concludes that nazi’s are pictured as ‘nice people’ doing bad things – but they are nice people still. Michelle Orange, of Village Voice, concludes that the characters of the movie show the typical image of the ‘good German’ and compromises history.

So what is up with these American critics?

The main issue many American critics have, is that the movie depicts the war from a German perspective. Not in a superficial way: the movie tries to explain how young men and women could be pushed to commit the gruesome nazi-crimes. Moreover, these youngsters aren’t the horrifying monster one would expect. The usual Hollywood-image of the cruel German (or Russian for that matter) doesn’t permit a human view on ‘the enemy’. As most American movies and series explain the war in a black-and-white fashion, with the war as a struggle between good and bad, this often isn’t reality- on an individual level.  Bad deeds were done by normal people. War Generation shows how ordinary men and women were indoctrinated, and sometimes compelled, to act the way they did.

Although War Generation certainly has its flaws, e.g. the somewhat  improbable storylines, overall the it is a solid historical mini-series well worth a watch.

Noah's Ark was in fact a round vessel: a giant coracle