Some eschatological thinkers expect that the end of the world is nigh as soon as paper money isn’t used anymore. If that’s true, the last judgement is upon us. Last week, the Bank of England, the central bank of the United Kingdom, announced plans to start printing money on polymer…. Read full history → 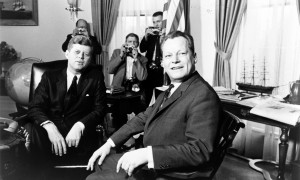 As mayor of West Berlin, as Foreign Minister and as Chancellor of Germany, Willy Brandt (1913-1992) changed the Federal Republic of Germany (BDR) like no other politician. Brandt was born in Lübeck on the 18th of December 1913 as an illegitimate child by the name of Herbert Ernst Karl Frahm…. Read full history →