These are the last days of paper money. A historical survey 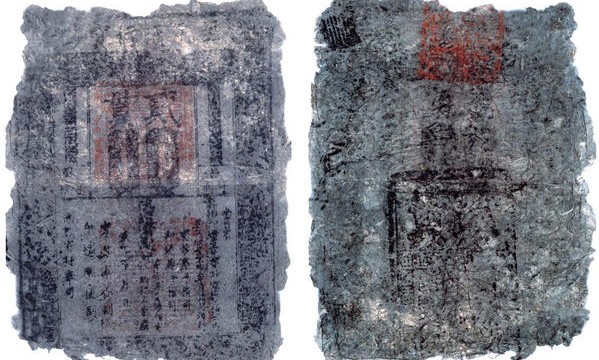 Some eschatological thinkers expect that the end of the world is nigh as soon as paper money isn’t used anymore. If that’s true, the last judgement is upon us. Last week, the Bank of England, the central bank of the United Kingdom, announced plans to start printing money on polymer. This thin and flexible plastic film is tougher, and more expensive to counterfeit, than traditional paper money. That’s why some two dozen other nations have already switched to plastic money. Modern paper money has been around for more than 300 years. But the true invention of paper currency was done by the Chinese in the 8th century.

The use of paper money is interesting from the idea of printing, as the notion of using paper as money is nearly as old as paper itself. Even more so, the thought of trading with a commodity that has no intrinsic value itself was revolutionary. In the 8th century, the Chinese started to use paper as a letter of credit, so money was easily transferred over large distances. This ‘flying money’ as the Chinese labelled it, was the forerunner of the first banknotes issued in 806 in the Szechwan province. This isolated area was subject to copper shortages and therefore bronze money was scarcely available. Paper money was a welcome option. The Chinese stopped using paper money around 1450, when devaluation destroyed their monetary system. In Europe, paper money was reintroduced in the 17th century.

The heyday of medieval paper-money usage was in the 13th century, as the Mongol despot Kublai Khan (who also ruled the Chinese empire) established a paper currency that was forcefully accepted by traders – on pain of death. He confiscated all gold and silver to further enforce his mandate.

The earliest pet-cats came from China