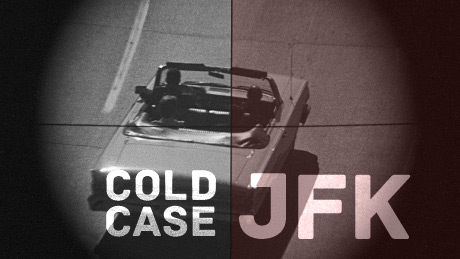 The assassination of John F. Kennedy still stirs the minds of historians and conspiracist alike, given the amount of publications on the matter. The murder on that faithful 22th of November 1963 still echoes strongly in our collective memory, while many believe the 35th president of the United States would have been able to cope with major crises that followed his assassination, most notably the Vietnam War. With its 50 year anniversary coming November, it is expected that the amount of publications will grow even larger. On the whole, these can be divided into two stacks: one with believers, and with conspiracist. Flip de Mey, in ‘Cold Case Kennedy’ nevertheless takes a different, objective approach.

De Mey takes a non biased perspective and assesses the most important arguments and findings at face value. De Mey being a lawyer, ‘Cold Case Kennedy’ reads like a crime-novel, considering each piece of evidence in a way the detectives should have done in 1963.  That said, De Mey makes it absolutely clear that the original investigation was a farce. Pieces of evidence (like the bullet that killed the president) were taken home by police officers or destroyed by Secret Service-agents. Important witnesses weren’t interviewed and clues and leads were neglected. After a critical look at the investigation, De Mey amounts the residual evidence and interprets it in an objective matter, taking into account many facets left out by the former official investigators.

One very strong aspect of ‘Cold Case Kennedy’, is the reflection of the interpretation of the different pieces of evidence made by De Mey. Every separate piece has been discussed by conspirisist and believers alike, creating an opaque view. De Mey tries to remove later added attributes and goes straight to the source. Using a lawyer’s methodology he examines some critical aspects of the evidence. Like the bullet and the gun that were used by Lee Harvey Oswald. Extensively, De Mey takes all different witnesses and evidence into account, with the aim to test the official reading that JFK was killed by just one bullet. Although highly improbable, De Mey proves that it was possible that just one bullet was used to kill the president, even when all the side-evidence of the believers is taken into account. But many more questions need answering.

Many questions surrounding the JFK assassination: who benefited?

The mysteries surrounding the Kennedy assassination are many. Why has not anyone seen Oswald when he should run away? Why was the weapon that Oswald on his infamous backyard photos had not the same as that found in the TBSD? What was the role of Oswald’s killer, Jack Ruby, and what did the convicted gangster Jim Braden (who coincidentally was also present when Robert Kennedy was assassinated) doing in front of the TSBD during the murder? Why didn’t Robert Kennedy, as Attorney General, made a thorough investigation on the murder off his brother? What role did Lyndon Johnson in the drama?

To answer these (and more) questions one needs to have a broader perspective. De Mey, again like a lawyer should do, looks at those who benefited from the murder on the president. He proves that some very powerful people and organizations benefited greatly from the assassination. These protagonists also had contacts with Jack Ruby and Lee Harvey Oswald. De Mey comes up with a convincing answer to all these (and more) questions, much more convincing than the official reading of the U.S. government, with Oswald as a ‘lone wolf’.

Putin's letter may mark the end of American hegemony