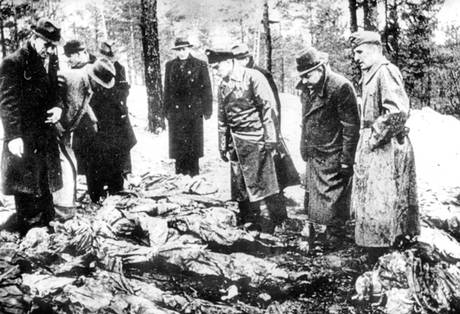 The European Court of Human Rights (ECHR) has dismissed allegations made by relatives of the victims of the Katyn massacre in 1940. In April and May of that year, the Soviet secret service (NKVD) killed around 6000 members of the Polish intelligentsia in the Katyn forests. Twelve victims of the massacre claimed that Russia withheld 35 volumes of documents about this war crime under wraps.

After this judgment of the ECHR on Monday, the Kremlin doesn’t have to fear the reopening of the investigations on the historic massacre. An appeal against this judgment is not possible. Thus, the struggle against the highest court for human rights is closed. To the disappointment of relatives of the victims. As they stated ‘No one wants trouble with Russia’. Polish Deputy Foreign Minister Artur Nowak -Far said in a first reaction: ‘We are a bit disappointed’. The Russian reaction was positive, as Russian Deputy Justice Minister Georgi Matjuschkin called the verdict ‘consistently and logically ‘.

The victims’ family members state that the investigations of the Russians always have been inadequate. On this matter, the ECHR could give a judgment, since the Soviet Union only entered the European Convention on Human Rights in 1950, 10 years after the massacre.

Priebke's body will be buried on a concealed location