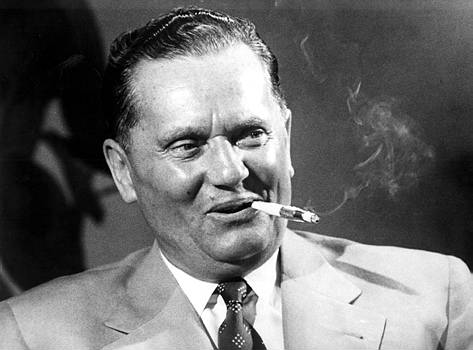 Thats wat the Serbian newspaper Blic Monday bases on a released document of in the U.S. secret intelligence agency CIA. In this four pages long document an analysis is made of Tito’s use of the Serbo-Croatian language during a speech held in 1977 by the former president of Yugoslavia. According to this analysis, Tito used consonants so that he spoke essentially ‘with a foreign accent’. The authors therefore suggest that the former leader of Yugoslavia had no roots in the country. They feel it is likely that he was a Russian or a Pole.

These finding underline rumors that have been persistent in Yugoslavia for many years, during the era of the Socialist Federal Republic. To disseminate them was illegal and the penalties were high. Nevertheless, stories that Tito was actually a Russian prince who was trained to lead Yugoslavia. General Draze Mihajlovic, the leader of the Serbian resistance movement during World War II, said after meeting with Tito in 1941 that he was convinced Tito was a Russian. If it is true that Tito was not a Yugoslav, this could explain why he could play such an important mediating role between the groups in Yugoslavia.