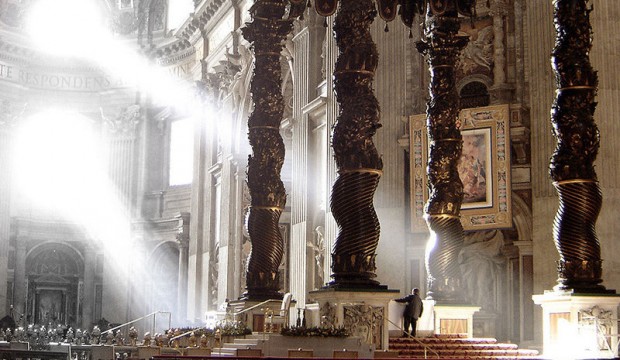 The Vatican exported thousands of skeletons from their catacombs to Northern Europe in the 16th century. They were exhibited as saints, with spectacular golden jewelry and outfits. During the Enlightenment the dressed-up human remains lost their magical aura, and were kept in deep churches’ storages. Dr. Paul Koudounaris recovered them and made some astonishing pictures of these saints – who were very ordinary people during their lifetime.

After the religious turmoil of the Reformation, during the early 16th century, most churches in Northern Europe were destroyed. Deprived of their religious ornaments, the churches needed a new attraction to get the flock back to the holy houses. Luckily, some 750.000 nameless skeletons rested in the Vatican. These human remains were transformed into saints by some ingenious clergymen, and sent out all over Europe. They astonished catholics in Switzerland, Austria and Germany for decades, until they were removed during the Enlightenment in the 18th century.

Scientific proof: Ismail Ibn Sharif could easily have had 888 kids